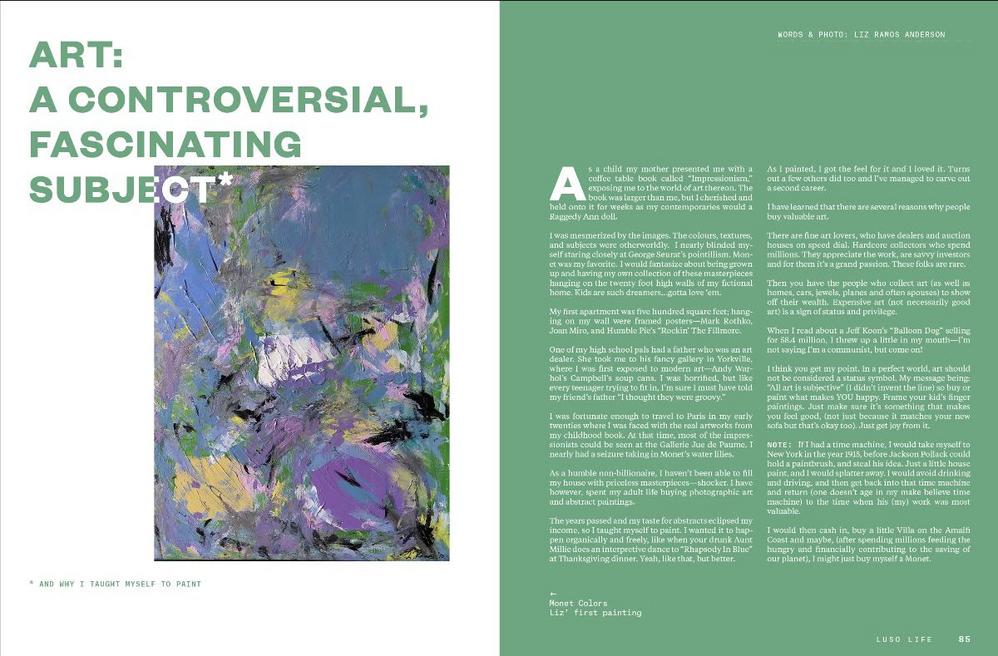 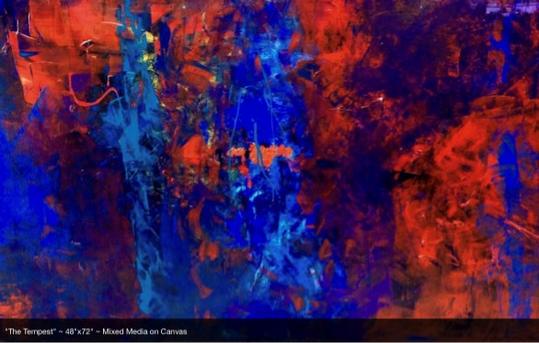 Liz Ramos Anderson is a pretty amazing woman. I knew she was an incredibly successful voice artist and casting director; I had no idea that she was an amazing visual artist and jewelry designer as well. Her work is primarily abstract such as the piece I have chosen to feature, The Tempest. I chose it, not just for its obviously theatre-connected title, but for the emotional reaction I had to it. It looks to me, the way that I have always pictured hell might look if it actually existed. I can not only feel, but also see the movement in it. I see people and demons, hybrids, and even Satan himself with the head of a bull, depending on when and where I glance at it. I hear dark orchestral music. I don’t really think the title refers to the play at all but that feeling or mood—another kind of hell—that lives within all of us, at times; an unsettledness, a sense of turmoil; that feeling when one is torn between two directions, the “wrong” one often being the more desired of the two. I see the visual depiction here of any internal struggle represented by the blues and the reds battling for dominance of this canvas. It’s both fucking epic and incredibly personal at the same time. You can see more of her work at lizramosanderson.com